Cinnamic acid has the formula C6H5CHCHCOOH and is an odorless white crystalline acid, which is slightly soluble in water.

Cinnamic acid is used in flavorings, synthetic indigo, and certain pharmaceuticals. A major use is in the manufacturing of the methyl, ethyl, and benzyl esters for the perfume industry. Cinnamic acid is a precursor to the sweetener aspartame via enzyme-catalysed amination to phenylalanine. Cinnamic acid can dimerize in non-polar solvents resulting in different linear free energy relationships.

Cinnamic acid exists as trans and cis isomers, but the trans form is the one most often found in nature and is the article of commerce. It is obtained from cinnamon bark and balsam resins such as storax. It was first isolated in 1872 by F. Beilstein (of Handbook of Organic Chemistry fame) and A. Kuhlberg. It is synthesized by the Perkin reaction between Ac2O and PhCHO. 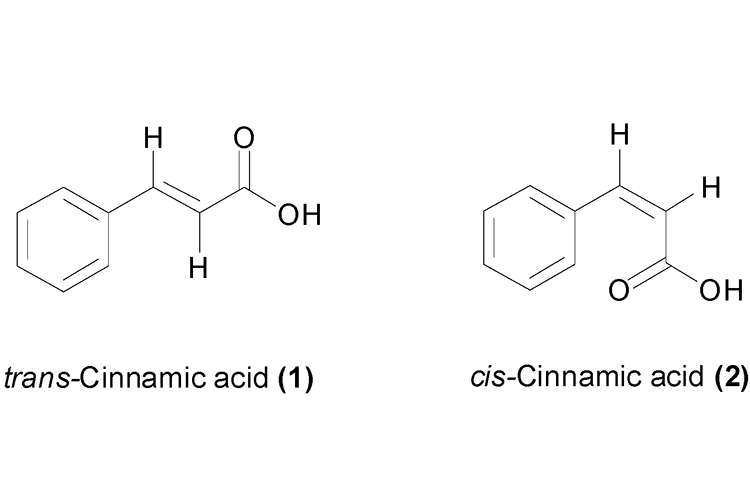