Cinnamyl chloride was prepared by the reaction of cinnamic acid with dichloro sulfoxide.Thionyl chloride is mainly used in the industrial production of organochlorine compounds, which are often intermediates in pharmaceuticals and agrichemicals. It usually is preferred over other reagents, such as phosphorus pentachloride, as its by-products (HCl and SO2) are gaseous, which simplifies purification of the product.

Many of the products of thionyl chloride are themselves highly reactive and as such it is involved in a wide range of reactions. 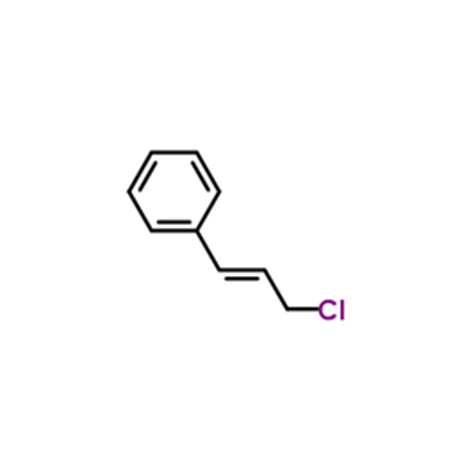 Dichloro sulfoxide can dissolve the iodide of some metals and decompose into sulfurous acid and hydrochloric acid in water. When heated to about 140 degree Celsius , it is decomposed into chlorine, sulfur dioxide and sulfur monoxide. Sulfonyl chloride is formed by reaction with sulfonic acid and sulfoxide is formed by reaction with Grignard reagent. The corresponding chlorides are formed by the reaction of phenols and alcohols with hydroxyl groups. Their chlorine atoms can replace hydroxy sulfhydryl groups, and sometimes they can replace sulfur dioxide, hydrogen and oxygen.